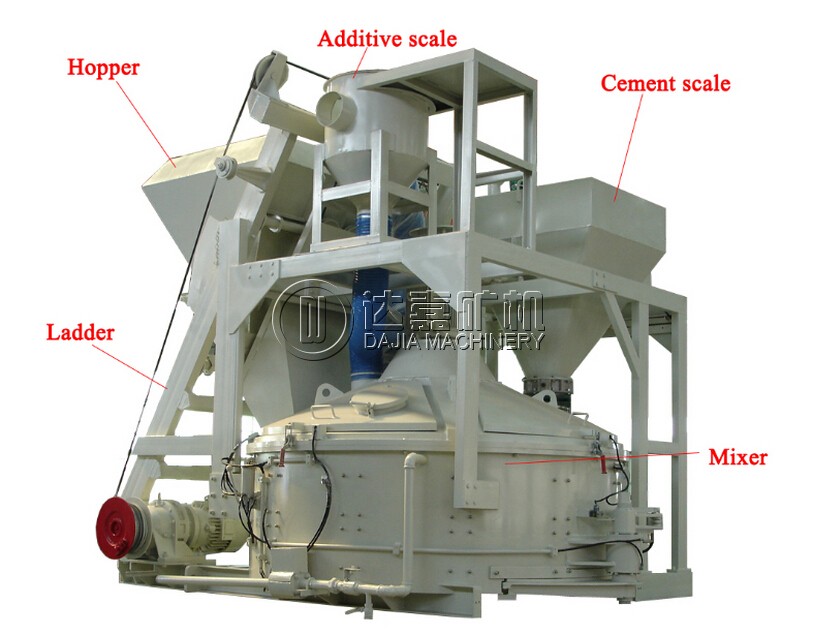 1. Steady Driving.
The power transmission is realized by a hard surface gearbox
2. High Mixing Efficiency.
The gear box drives the mixing arms to move with complex track, and the mixing is turbulent, then the mixer works more effectively.
3. Homogeneous Mixing.
Mixing blades are composed of several groups of mixing arms, which covers the entire mixing region. Both revolution and rotation of mixing blades ensure the homogeneity of the material. As the picture shows, mixing blades’ motion track covers the whole drum after a cycle.
4. Multiple Discharging Method.
According to various demands of customers, the discharging door can be operated hydraulically, pneumatically or manually.
5. Special Designed Water Sprayer
Special designed sprayer makes the water cloud cover more area and ensure the even distribution of the materials.
6. Easy to maintain and no leakage problem.

Transmission system (including motor) is located at the top of mixing drum, completely separated from the concrete. It’s convenient for maintenance and there is no leakage problem at the shaft end.

Inquiry
If you have any suggestions or opinions about our products,please leave a message,and we will immediately answer your questions. Thanks for your support.E-mail:admin@chinadjks.com Tel:+86-371-67575157
Previous:Wood Pellet Mill
Next:Mixing Tank/Mineral Mixer